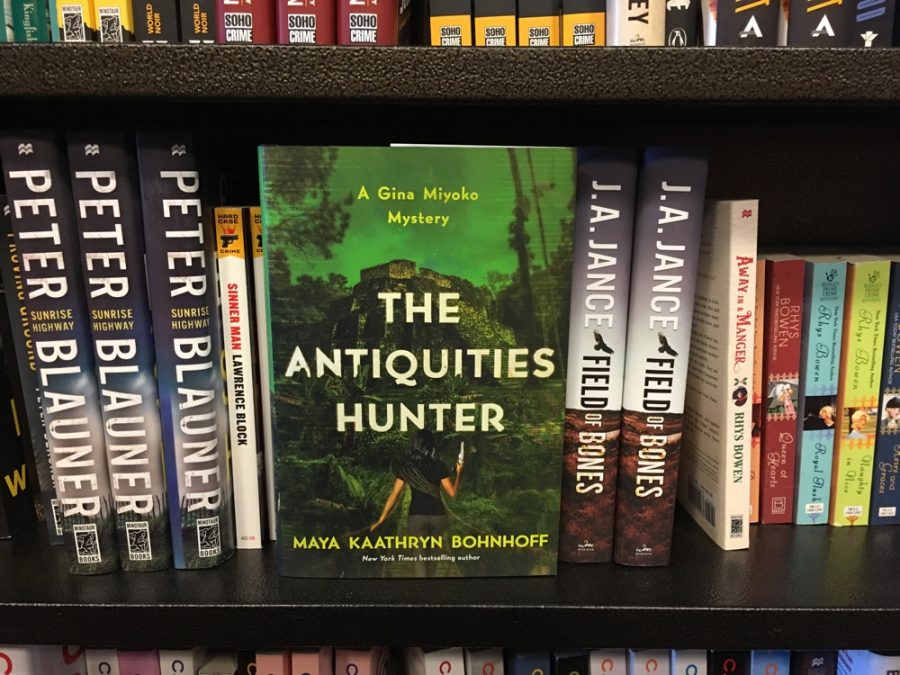 In celebration of the February 11th trade paperback release of THE ANTIQUITIES HUNTER (Pegasus Books), I post this quote from the novel. (Oh, and BookViewCafe.com is offering the companion novelette prequel, “Tinkerbell On Walkabout” for a mere buck 99 during the month of February.)

I lay down to sleep with the sound of water lapping at the keel of my houseboat. Far and away, there was an underscore of pounding surf, like a mother’s heartbeat. Somewhere along the path to sleep, I stumbled into a world in which the heartbeat became my own, and the hiss of surf became the hiss of traffic. There were odors here too—oil, wet concrete, something frying.

Sight was slow to register. I was swaddled in moist, cool darkness that clung to my skin. My eyes finally caught up with my other senses and informed me that I was in an alley. Before me was the opening to the street. Neon flashed blue, then red on the glistening concrete, and infused the mist with color—hot then cold. On my left and right were brick walls that seemed to go up into infinity. There was graffiti on them.

Behind me was darkness; I instinctively edged away toward the untrustworthy light.

That’s when a voice spoke my name. It was a man’s voice, crooning sweet slime. I knew it well. It filled me with disgust and desperation.